While installing a high-quality roof is certainly serious business, that doesn’t mean the roofing industry is without its share of funny stories and oddities. At Elite Roofing, we’ve seen a thing or two over the course of our roofing work. We wanted to share some of the best roofing stories we’ve read from all over the internet. Some are funny, some are strange, and pretty much all of them have something folks can learn about how to get the best roofing for their home. Let’s get started!

On Roofing.com, a forum for roofers, a user talks about an encounter with a homeowner whose roof had been installed by an out-of-town storm chaser. Around 40 or 50 shingles had blown off the poor homeowner’s roof during a recent storm, despite the fact that the roof had been installed a mere six months ago. The shingles were improperly nailed down, and no felt had been installed underneath the shingles. The roofer then asked if the same company had worked on the roofs of two homes across the street, and the homeowner said yes. So how did he know? Because that home was missing more than 40 shingles too!

The lesson: We often talk about the importance of avoiding storm chasing roofers—and this is why! When you’re looking for the best roofing company, be sure to hire a local roofer with a solid reputation who will stand by their work.

On another forum, an amateur roofer talks about a time where he tried to get a jump-start on his roofing repairs by heading up to his roof at the crack of dawn. The night before, he had removed some old shingles before realizing he’d also have to replace the decking, so he left a tarp over the exposed area. In the morning, he stepped on the tarp to move the bundle of shingles he’d used to weigh it down—and started sliding down the roof on the tarp! The user describes it as “like standing on a Crazy Carpet on an ice hill.” Luckily, he managed to stop himself before running out of roof.

The lesson: Falling off a roof is surprisingly common, and that risk only increases for amateur roofers. Avoid working on frosty roofs, and move carefully whenever doing a roof repair. And, if you’re ever unsure of your ability to repair your roof yourself, contact a professional roofer to do the job for you.

Roofers in Florida work in a very different environment from those of us in Colorado. Rather than facing down regular hail storms, they must deal with frequent heavy rains and hurricane-force winds. But whether you’re in Miami or Denver, quality and attention to detail always matter. A Miami roofer, who goes by Roofer Mike, has a handful of great roofing stories on his blog. In one of them, a perfectly normal-looking cedar shake roof turns out to be anything but—because the cut-price roofers who installed the cedar shakes put nails through the home’s vaulted ceilings! Not surprisingly, the roof leaked terribly and had to be replaced.

The lesson: All of the Roofer Mike stories are good reads. But the cedar shake story shows why there’s so much more to picking the best roofing company than opting for the lowest rates. The best roofing companies will take the time to note the details and nuances of every home they work on, and that especially includes exposed ceilings.

Every so often, there’s a story about something winding up on a roof that was definitely not supposed to be there. Last year, in Detroit, that something was an 8-year-old, 18-foot-long reticulated python named Juliet, according to a story from Fox 2 News. The owner supposed that he must not have locked Juliet’s cage properly, and she made a break for it. Maybe she was coming down from her balcony to meet Romeo?

The lesson: Do everyone a favor: Keep your snakes locked up tight when roofers show up to inspect or repair your roof!

We love our work here at Elite Roofing, and a big part of that is you never know what to expect from one roofing project to the next. And while we’ve yet to see any roof snakes to this point, our years of experience have prepared us for anything we might run into as Denver roofers. Whether you’re in need of an inspection or major repairs, our professional roofing team can help you out. Contact us today to find out how Elite Roofing offers the best roofing solutions for your needs!

What Is TPO Roofing? 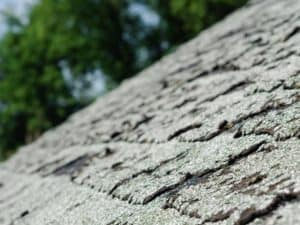 Elite Roofing is rated 4.8 out of 5 based on approximately 561 reviews from around the Web.

How’d We Do? Write a Review!